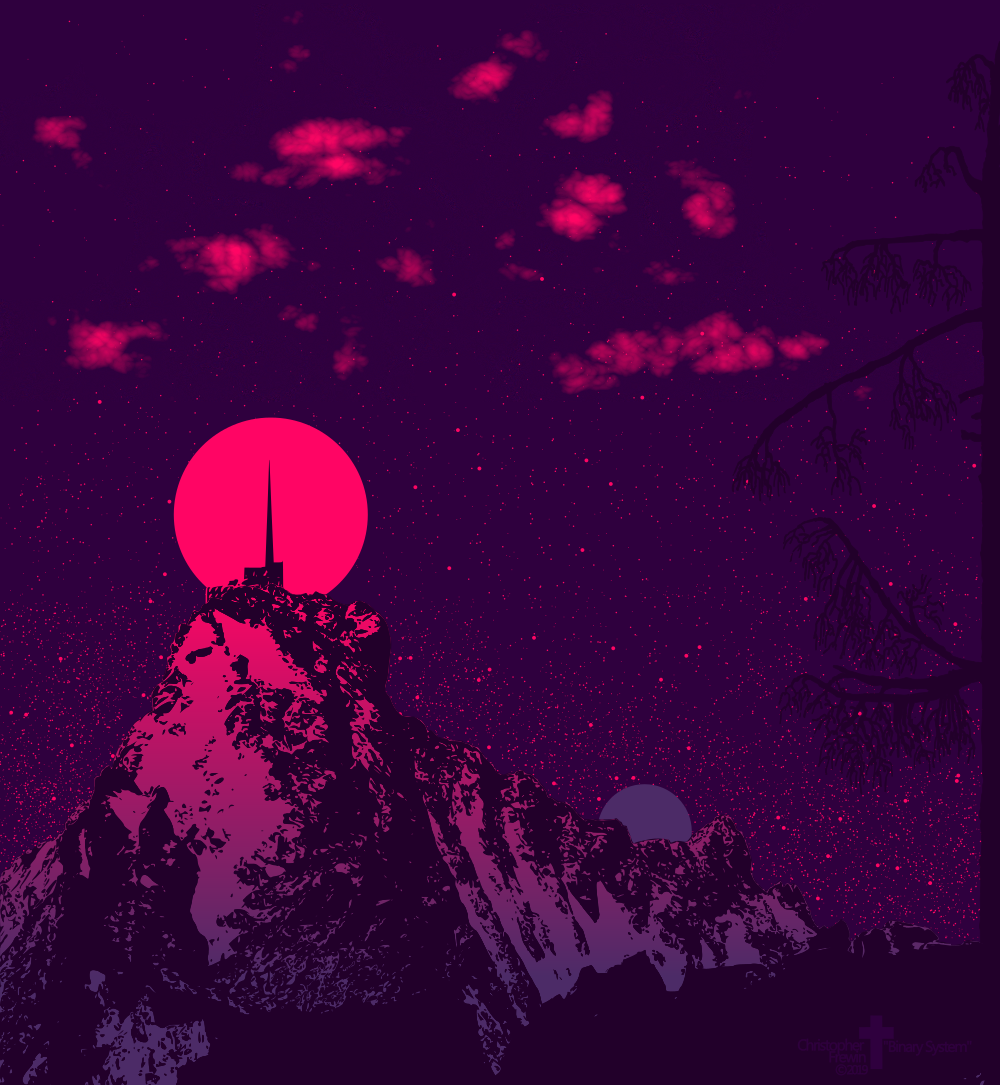 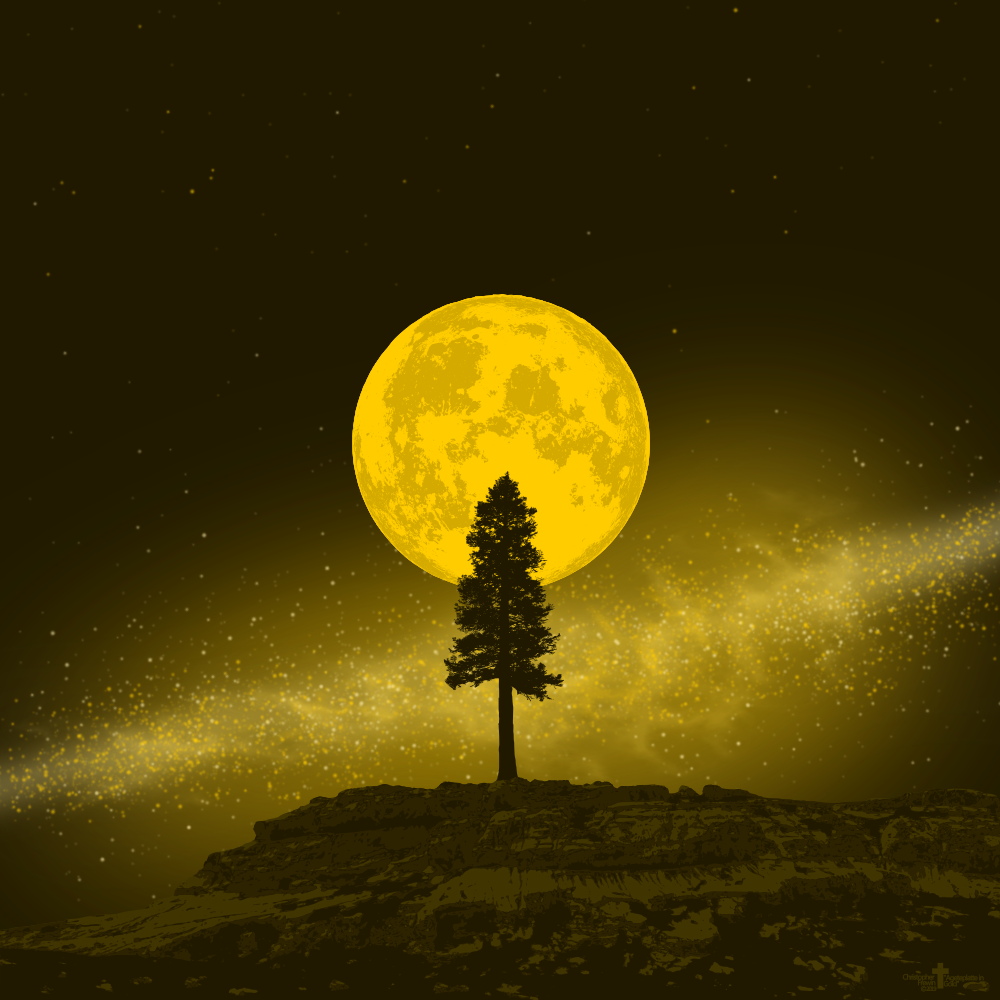 Rocks over Ageteplatte in Alpstein juxtaposed with a pine from the western United States. 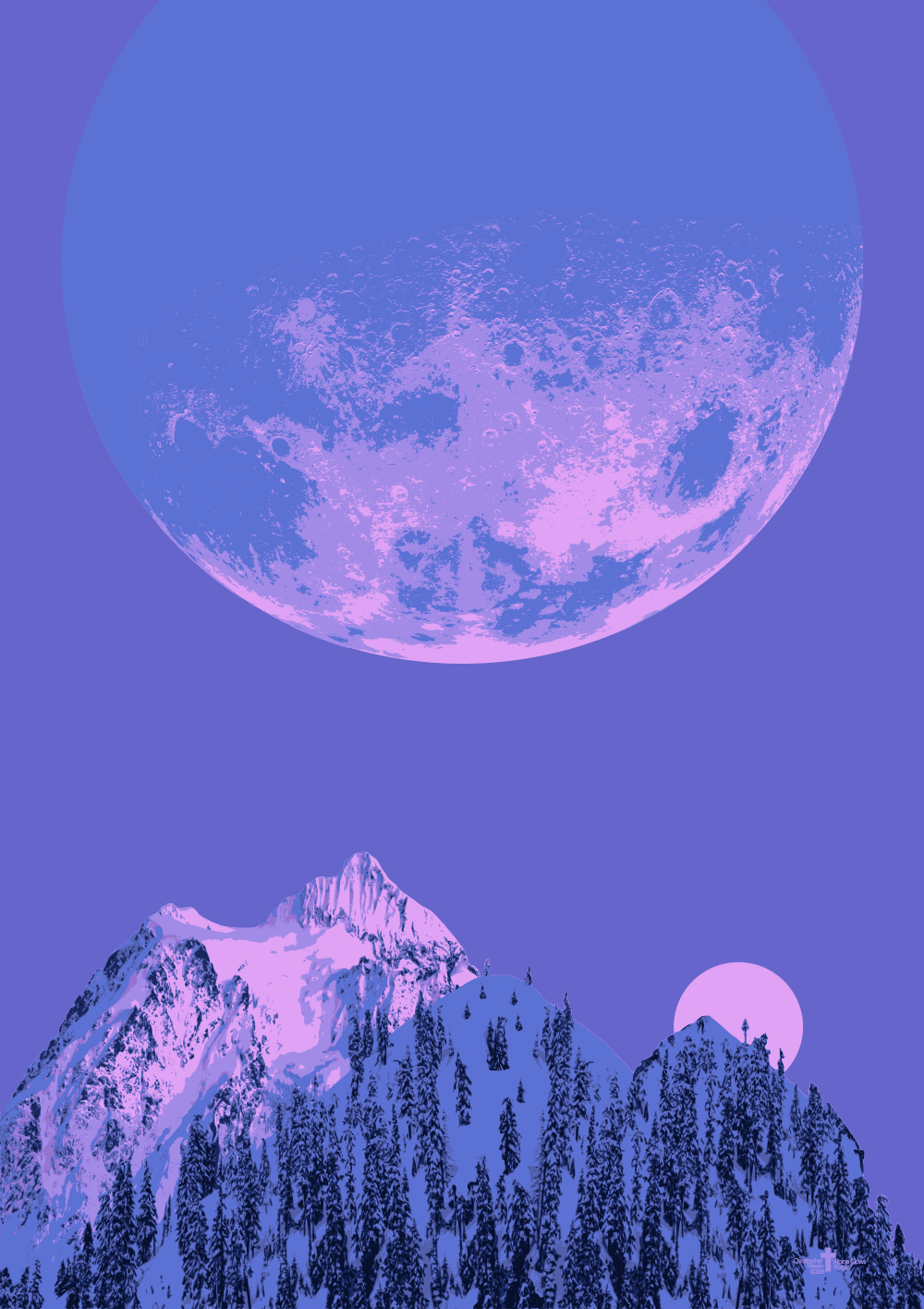 Moon and sun trade light over snowy mountains and trees. 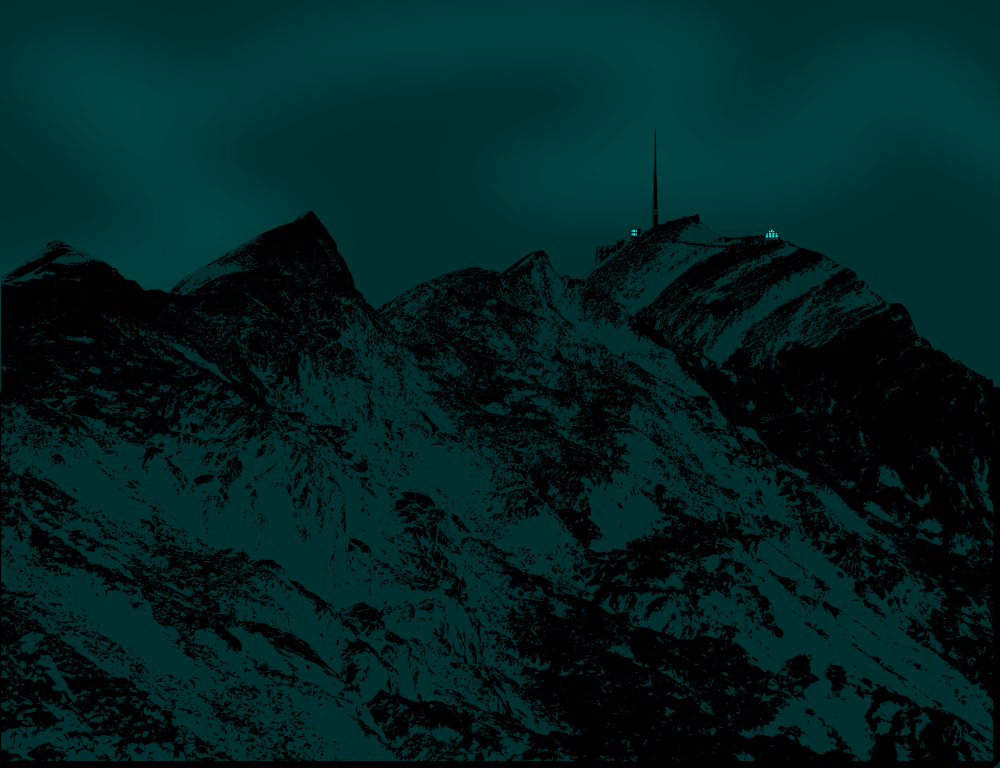 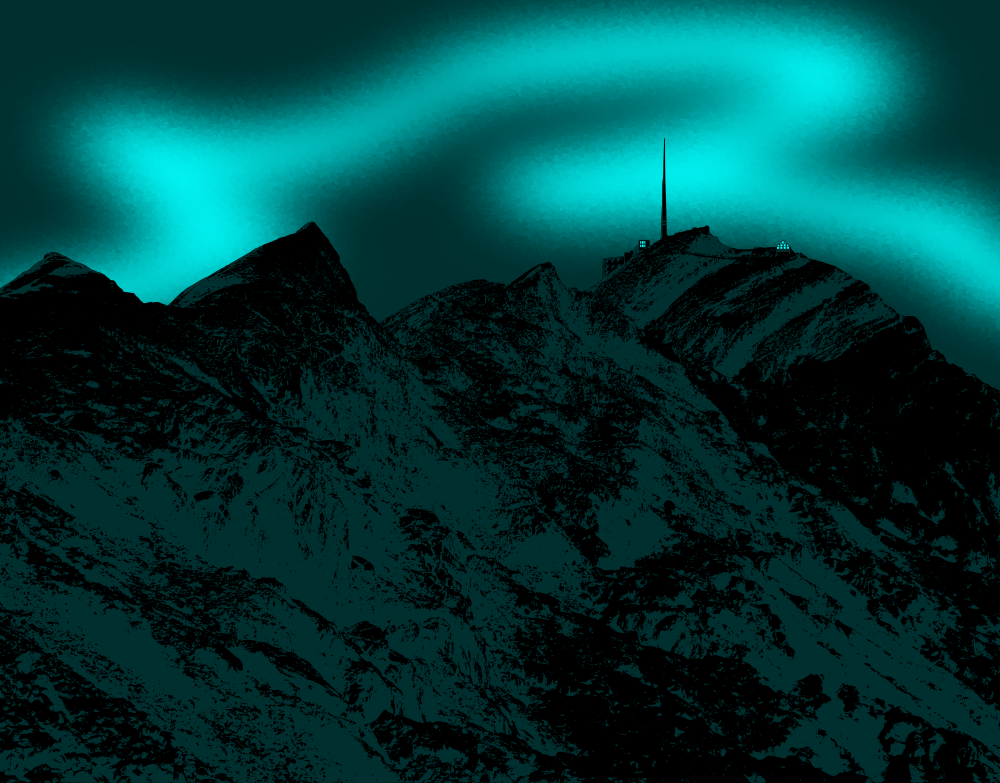 Second print from the Säntis Super series with bright and feathered aurora.

Original print of the Icebergs and Galaxies prints.

A neon color re-think of the original "Icebergs and Galaxies" print.

Third and final print in the "Iceberg and Galaxies" series with reduced colors.

When They Arrive, Seek Refuge on Studner Berg

View from Studner Berg - with a sci-fi twist. 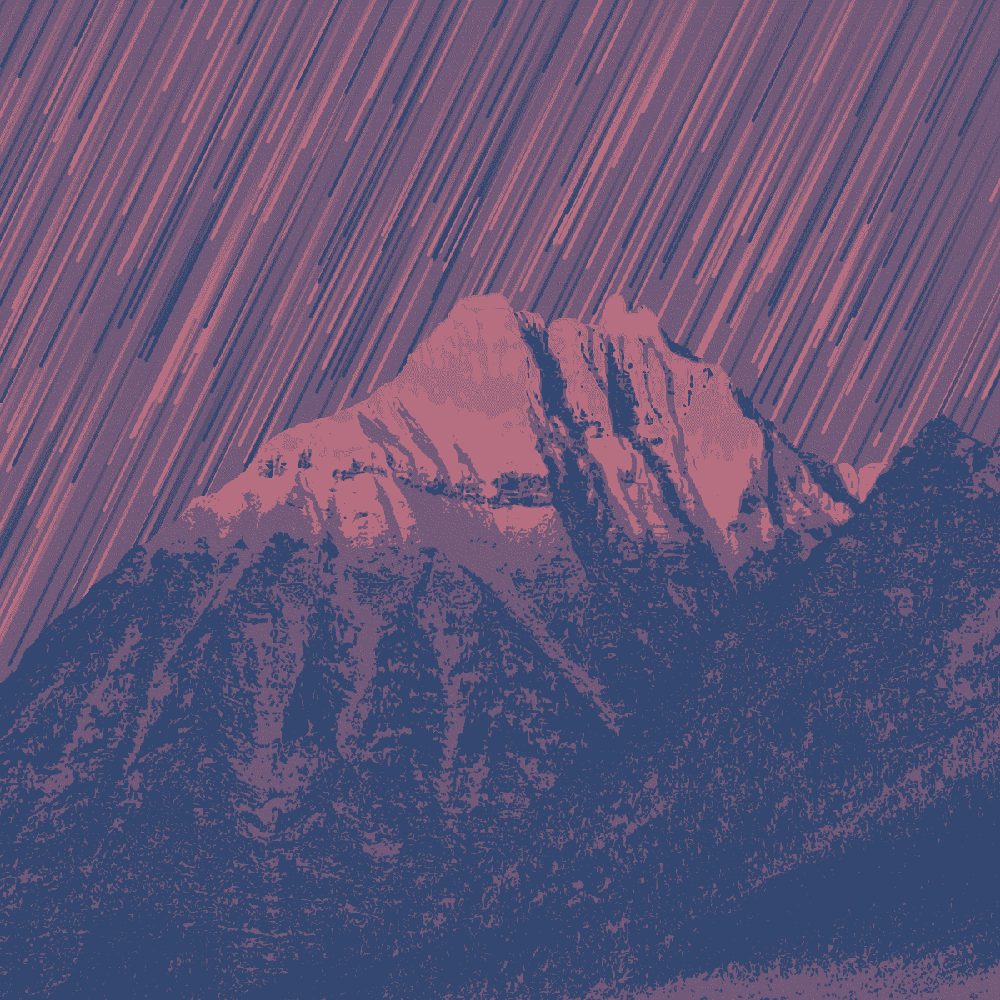 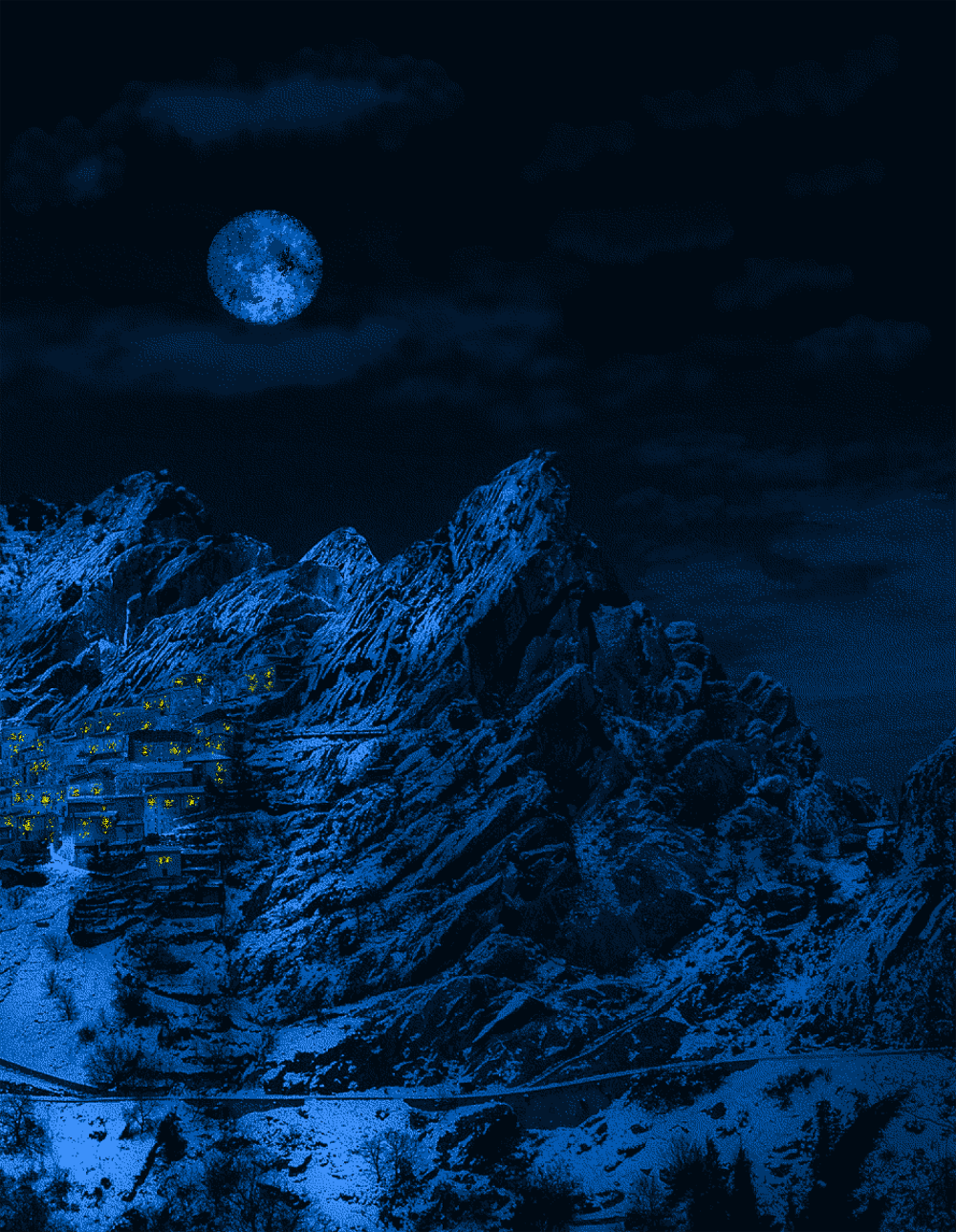 An Italian Village is lit up on a snowy night - but what is going on with the windows? 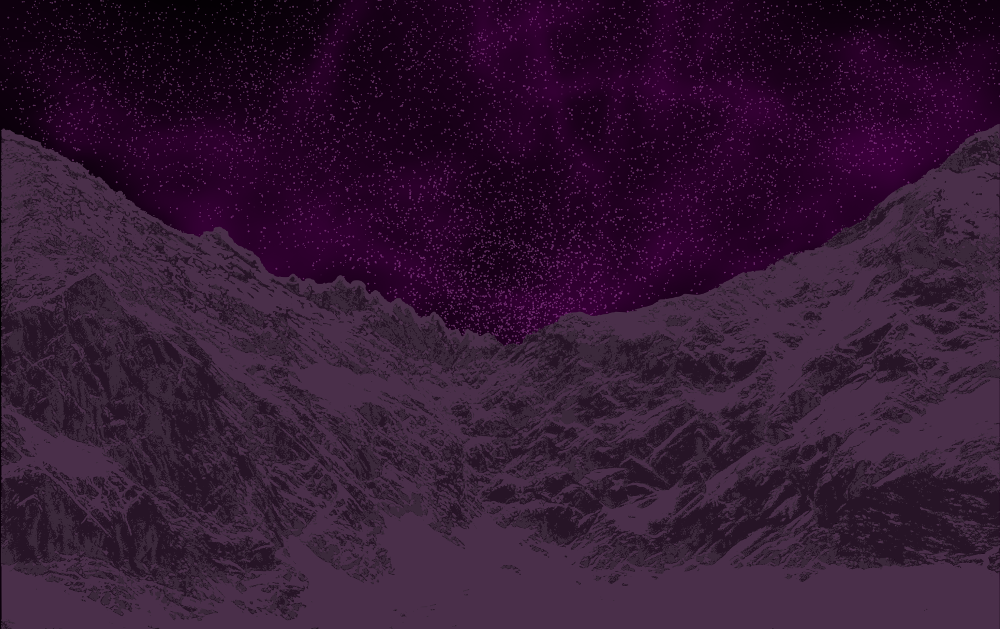 A deep purple norther lights show above a rocky valley - but is that snow or stars? 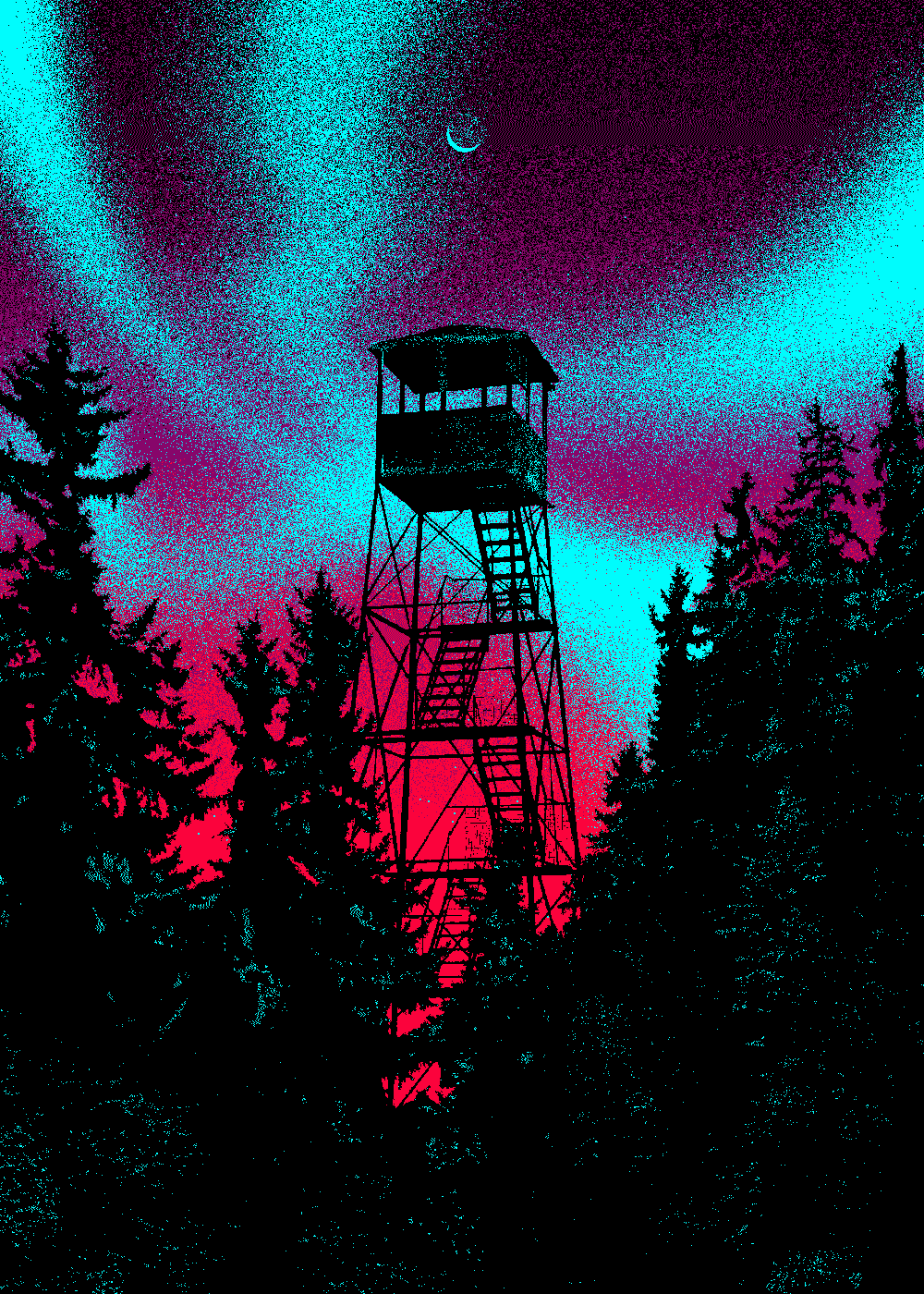 An old fire tower from New York State is backdropped by a large neon aurora. 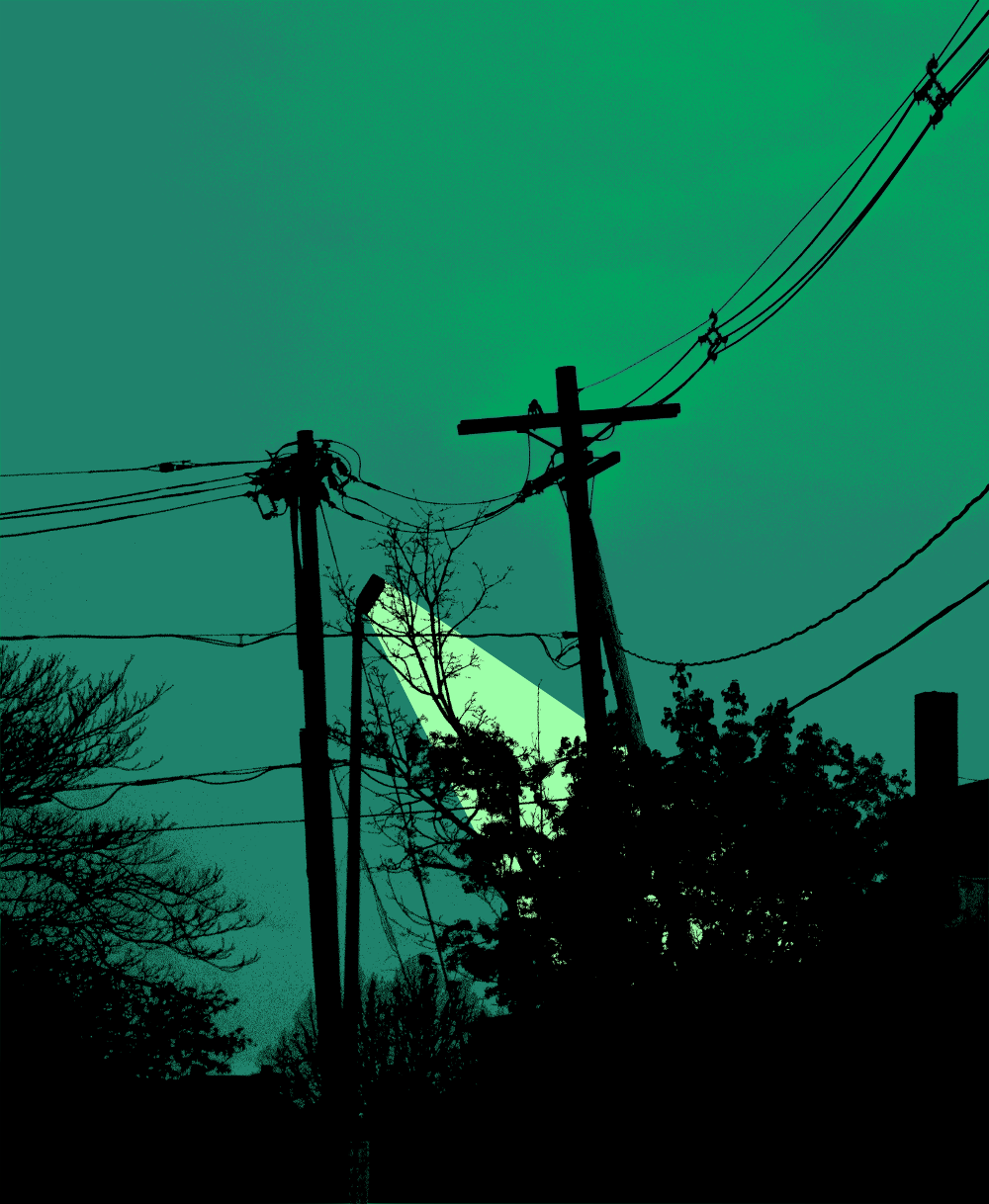 A lesser known view of Buffalo that trades blue and green hues. 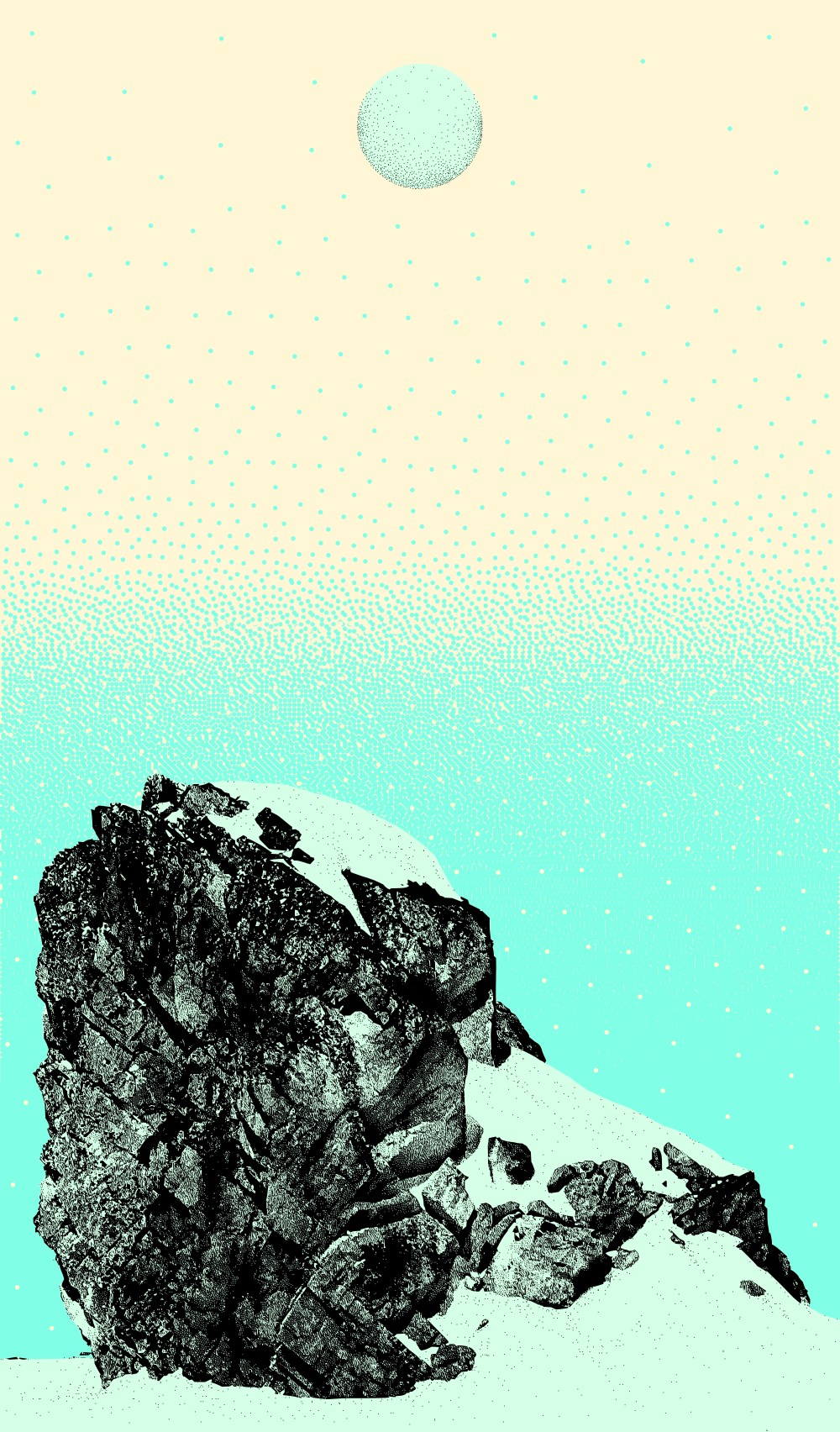 A highly detailed vector print with lots of stippling - and only 4 colors. 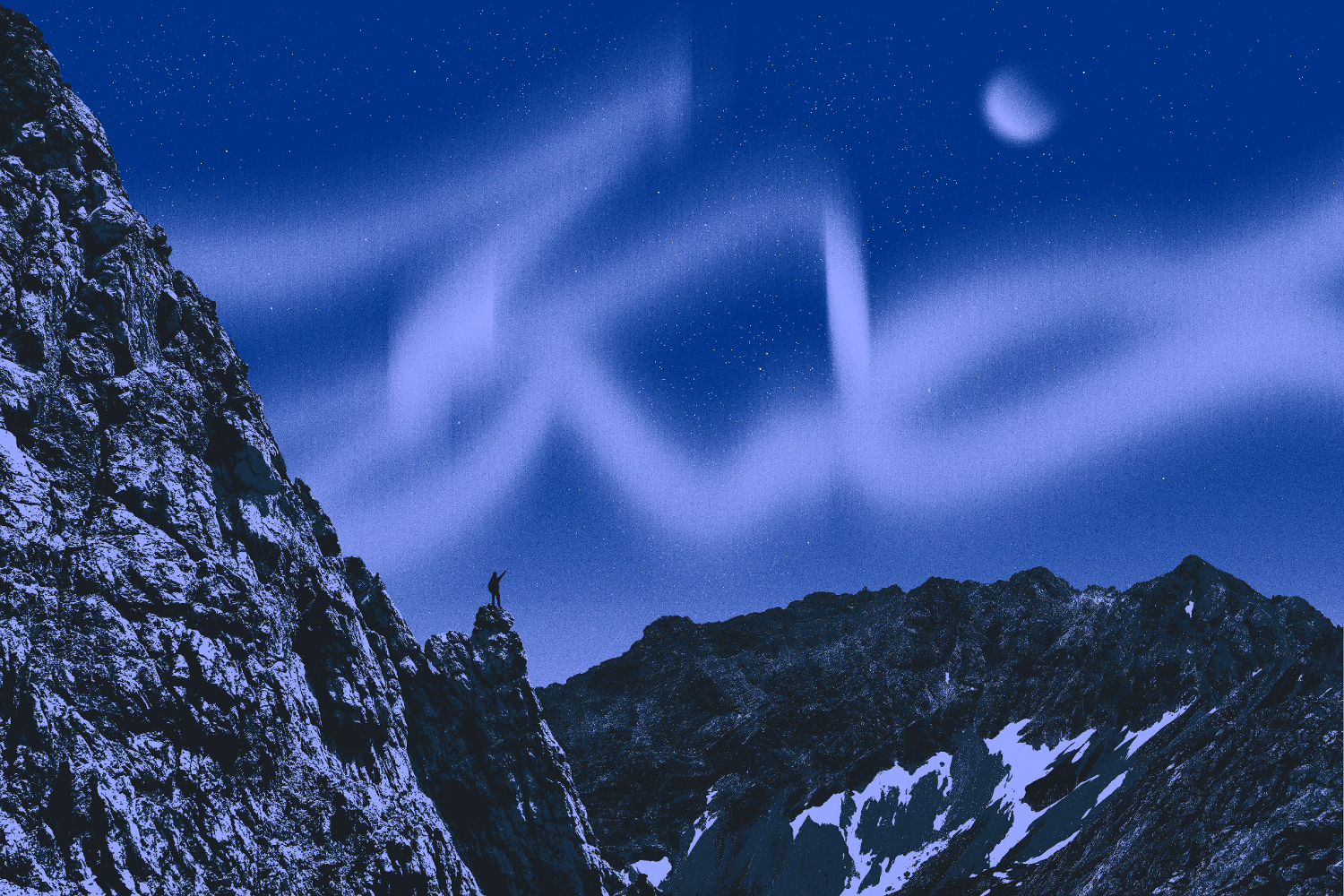 An aurora borealis and starry night fly over a hiker in a mountanious region based of Saulakopf and the Rätikon massif.

An ongoing collection of high resolution colorized panoramas from the Alps focusing on color, form, and texture of stone and snow. (Shown in order taken)

A 2:1 panorama of the Drei Schwestern at golden hour.

A massive 6:1 panorama of the Werdenberg group over Buchs, St. Gallen as late afternoon golden light streams down.

A 3:1 panorama of the mountains at the end of Vermunstausee, dominated by Großlitzner and Großes Seehorn on the right.

A 2:1 panorama of Schrottenkopf in the Verwall group as viewed from the west, near Heilbronner Hütte.

A 2:1 panorama of Schaftälispitz in the Verwall group as viewed from the north.